At the very end of the Maritime Mile is the Thompson Dock. The huge dry dock was built specifically to house the Olympic Class liners that Harland & Wolff had designed. It was completed in 1911 and named after the chairman of the Belfast Harbour Commission, Robert Thompson. RMS Olympic was the first ship to glide into the Thompson Dock. The Olympic class liners just fitted the Dock, which is 850 foot long and 100 foot wide. The dock was used until 2002, and some restoration work was carried out in 2010 allowed it to be opened to the public for guided tours. 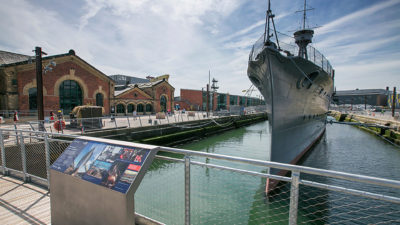 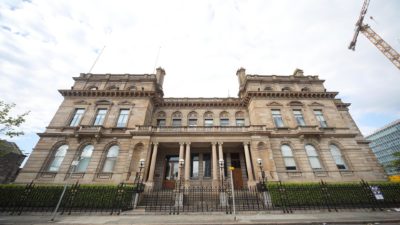